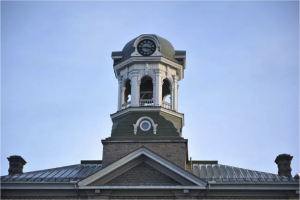 Brockville council is being asked to lend its support to a planned international sustainability centre potentially housed at the Aquatarium.

Members of council’s economic development and planning committee are to vote Tuesday on a recommendation to issue tax receipts from city hall “on donations towards the various work phases and business plan development cost to establish a UNESCO EuroMAB international centre in Brockville.”

The motion, which would then go to the full city council for a final vote, would also see Brockville’s economic development advisory team give the EuroMAB group’s Canadian representatives guidance “on local planning, advocacy and economic matters associated with the project implementation and preparation of a formal prospectus.”

The move would signal further city co-operation in efforts to bring to Brockville an international centre devoted to sustainable development, working in tandem with Queen’s University and the Aquatarium.

An international working group, set up at a UNESCO-backed international conference here in 2013, aims to create a proposed International Centre for Sustainable Rural Communities (ICSRC), which would be located in Brockville.

A report to councillors by city economic development director Dave Paul notes the project’s proponents want to prepare a formal prospectus for April of this year.

The ICSRC aims to address the global challenges of biodiversity loss, climate change and the need for sustainable communities by capitalizing on indigenous, traditional and scientific knowledge, proponents say.

Gary Clarke, a co-chairman of the working group, said the aim is to have the prospectus ready by the end of March.

It would, among other things, describe the centre’s functions, particularly in terms of research, education and exhibits, as well as its expected cost, said Clarke.

Getting that part of the work done, and functioning through November, will require $70,000, he added.

Issuing tax receipts through the city will help in that process, said Clarke.

“Most people want to contribute to charitable foundations and we’re not yet incorporated, so this is a way of achieving that capability,” he said.

The group is not seeking city funding for this initiative, added Clarke.

City hall can issue tax receipts because council has supported the group in the past, said Brockville corporate services director David Dick.

“All it’s doing is the money is coming in through us,” said Dick, adding it then goes directly to the organization, just like the city is now doing with donations to Refugees for Brockville.

The initiative stems from an October 2013 UNESCO conference of the EuroMAB (Man and Biosphere) group in Brockville.

In his report to council, Paul notes the advantages of eventually getting a facility here with the UNESCO “brand.”

“A positive business plan supporting the establishment of the subject centre would provide benefits to the city of Brockville on a major scale and compliment (sic) the operation of the Aquatarium,” the report concludes.

Brockville is part of the UNESCO-designated Frontenac Arch biosphere.